I wrote this for my Professional Counseling Class in May of 2010.  He shared many intimate details of his life with me.  He passed away this month from the many complications he faced.  He was often in great pain, so in a sense, I am relieved he doesn’t have to deal with that anymore.  I feel like he is still smiling with us, thinking about what to do in the next lifetime, to inspire us.  Whatever it is, it will be an act of love. 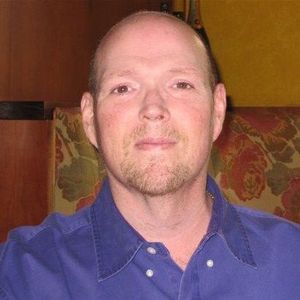 Reece Manley’s childhood was not one many of us would envy, being one of incest survival, beatings and repeated rape.  It led him on path to being grossly obese weighing in at over 400 pounds, to needing bariatric weight loss surgery which failed, to resultant painful neuropathy, to drug addiction in trying to overcome the pain, to having a near death experience and placed in a psychiatric center.  But Manley’s life has proven to be an amazing walk – one of inspiration, one of great meaning and one of deep compassion.

Manley was raised in Anton, Texas, not far from the City of Lubbock.  His parents divorced when he was young and were unable to raise him, so he was raised by his maternal grandparents.  It was his Uncle Tom that stole his innocence.  His mother’s brother had cystic fibrosis and used his disability as an excuse to call Manley to his aid.  For five long years though, while Manley was aged seven to twelve, his uncle raped him repeatedly in his trailer and in the family barn.  When Manley’s uncle succumbed to his disease, Manley said he was glad to see his uncle die – it meant that no more would he be raped and scared into silence.

Manley said he couldn’t tell anyone about the abuse, at least not until he was 22 years old when he went to get help from a counselor.  Manley’s uncle told him that if he told anyone, he would go to hell and be thrown away by his family.

“He was supposed to love me,” Manley said, “but he raped me repeatedly.”

As his high school years progressed, Manley recognized that he was different than all the other boys in his school.  Visits to the locker room confirmed that he was gay.  He doesn’t believe though that the incest was the source of his sexual desires, but that they did play a part in his overall sexual development.  Certainly, he says, the incest put him on the defensive and he grew to 420 pounds to keep people at a safe distance.

After he graduated from high school and found himself wanting to learn more as to what makes people tick, Manley went on to study psychology at Texas Tech University.  He went to see a counselor himself and began his healing at age 22, but the journey to self has not been an easy one, or a short one – he has had to deal with a variety of intimacy issues such as the exchange of human touch.   He continued his studies at Texas State University in San Marcos and received an M.Ed. in Professional Counseling in 1996.  In both his degrees, he graduated top of his class, Summa Cum Laude.  Manley gained employment at the Texas Youth Commission and worked with juvenile sex offenders, of which all, he said, were sexually abused themselves.  He chose his profession as a desire to help others and an enduring interest in working with people, especially because he was different and not always accepted as a gay man.

Prior to working for the Texas Youth Commission, Manley was a youth minister for three different churches including the United Methodist Church.  When he came out as a gay man, he was asked to leave the church and was no longer allowed to work with youth.  He said he was also accused of being a pedophile by his pastor, which is not an uncommon slur against many gay men that work with youth, a residual carry-over from the Seventies when Anita Bryant spoke out harshly against the gay community.

Manley always felt pulled towards working with the spiritual side of healing and continued his studies and received a Doctorate of Divinity from the American Institute of Holistic Theology in 2001.  He resigned his LPC license and began counseling clients from a more spiritual perspective.  He felt that it was important to speak about spiritual matters with people and with the LPC he was too limited in what he could do.  For example, he says, he finds it important to help clients understand that there is no separation from our Creator or Source and that is an important truth to understand if clients are to heal.

Moving towards pastoral counseling hasn’t changed Manley’s clientele.  He says his clients are as diverse now as they were when he was an LPC and he has clients that range from those with schizophrenia (which he usually refers out) to just somebody that needs a good listener.

Manley’s life though took a much different turn that same year when he decided to tackle his obesity.  He had grown to 420 pounds and decided that weight loss surgery was right for him.  But the bariatric surgery had a one glitch – a nerve was damaged.  The bariatric wand used in the procedure was misdirected and it changed the course of his life.  Neuropathy was the result and he is in constant pain – a feeling he describes as having his feet in a meat grinder.  He dreams of blackbirds eating away at his feet during the night.   The doctors attempted four pain management implants – all failed.  Manley has had to manage the pain on his own, and he said it led him to try a variety of drugs, including cocaine.  He became an addict.

Just three years ago, in 2007, Manley was ready to end his life.  He no longer wanted to live with the constant pain.  He drove to San Marcos and said his last goodbyes to family members, had a few drinks and drove over an embankment.  The doctors said he should have died, but Manley believes the “grace of an angel” intervened and saved him.

Six months later, he almost died again – this time from pneumonia.  The physical abuse his body had been through with the cocaine addiction ran him down.  He developed a staph infection that spread throughout his organs – lungs, intestines and liver.  His body shut down.  In the hospital on an ventilator, according to Manley, “he crossed over.”

Manley said he had a near death experience – he describes the crossing as an intensity of life, a place of great peace and acceptance and being home.  Most of all, he had no pain there.  His grandmother came to see him and told him it was not his time yet, and so he came back, though with great reluctance.  He has published a book called Crossing Twice and has now sold 2000 copies.  He said he received 200 thank you notes from his readers.

Manley is now disabled and just returning to practice feeling emotionally healed and finally getting it.  He is very frank about his less than stellar past.  His pain is still here, it shows on his face, and in his tears when he speaks of how hard it is, but he feels his life has great purpose.  He gets up daily at 3:00 a.m. and writes for three hours.  He has just finished writing his third book and has a publishing agent.

Today, with the help of his mother, he is able to function as a pastoral counselor using online tools, but no longer is able to work from an office.  He is very excited about the online video conferencing tool Skype which has been a savior for him. It gives him the ability to make voice and video calls with the computer, make video conference calls with three or more people, and to share files and screen captures.  (See the Skype Web site for details.)

Manley is a member of the American Professional Pastoral Counseling Association and considers himself to be a progressive Christian counselor combining spirituality and cognitive methods to serve clients.  Albert Ellis is one of his role models.  His Web site lists the following life matters that he works with clients on:

More information on the services he offers can be found on his Web site.  Manley finds life a blessing and he is thankful he is able to really help people now, even though it has taken a near death crossing to bring him to a point where he says he finally “gets it.”