I believe that knowing the history of our own people is a point of pride.  We should know those that paved the way before us, have broken through the barriers of injustice and brought attention to the world about a social issue important to all of us.  Knowing our own people is a way to help us know ourselves and develop a language by which we can share our stories.  It helps us to find a common bond and it helps us differentiate ourselves from others.  In short, knowing our history is knowing our story, knowing who we are as a people, and being proud of our heritage. 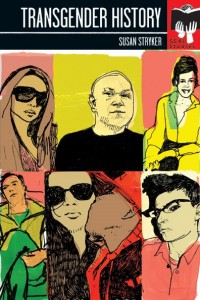 A good place to start is to read Susan Stryker’s book Transgender History.  I have also published a recent history time line for the Dallas Voice on trans issues and you can find that here.  Patrick Califia‘s Sex Changes is another wonderful resource.  Another wonderful way to research transgender history is with the Google News Archive or the University of Victoria Transgender Archive.  With the archive you can find interesting older news articles on many of the figures given below.  Remember though that the terms transsexual and transgender are modern terms and for old searches you may have to search on transvestite and phrases such as “man wearing women’s clothes” or “lived as a man, but was a woman”.

Some of the key players that have been influential that you may wish to learn more about are listed below.  There is much to learn and much to be proud about.  Enjoy the process of discovery!

Once upon a time, transgenderism was celebrated and revered in the United States, a time before colonization.  This was the time when “Two-Spirit” people were considered Shamans, healers and spiritual teachers in various native tribes.  One of my favorite maps is on the PBS website  showing hundreds of native tribes around the world that honor trans individuals as human beings, equal to others.  Check out the movie, check out the map and see how gender was never meant to binary, but a larger plurality.  This an empowering exercise, so go explore and be proud.  Look up the Lakota Sioux word winkte, or the Cheyenne word heemaneh, the Ojibwaw akokwa or the Yuki term i-wa-musp.  Round this off by reading Two Spirit People by Sue-Ellen Jacobs, et.al.  Also, explore third gender people on wikipedia. 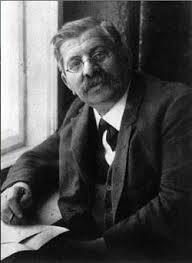 Magnus Hirschfeld coined the term transvestite and was a seminal advocate for the trans community. (1868-1935)

Early trans psychology history is not exactly favorable to the trans community. It really is in a state of coming into its own today, as we still require trans individuals having surgery to have a mental health diagnosis of “gender dysphoria”.  Briefly, gender dysphoria means having clinically significant distress over one’s physical sex characteristics including voice, body, face and/or genitalia.  This is what many call the transgender tragedy, the fact that a mental health diagnosis is required to have a physical change.  We would never require someone to have a mental health diagnosis to have a wart removed or a “nose job”, so why for transgender individuals.  Many simply see transgender surgery as a body correction or enhancement and are not in clinical distress over it.  That said, changing one’s sexual identity is the most salient identity change one can make.  Our gender identity creeps into every corner of our lives, stemming from our core.  And so mental health care has a long history with being a part of gender transitions.  Surgeons and endocrinologists need to do due diligence before treatment, for individual protection, health-wise and legal wise.

Historically, consider looking up Karl Ulrichs in the mid 1860’s and their description of themselves as a female within a male body and their use of the term gender inversion.  At the time, the term was conflated with same-sex attraction,, instead of seeing gender identity and sexuality as two distinct identities.  Consider looking up Richard von Krafft-Ebing who considered gender inversion to be a sexual pathology in the later 1800s.  In around 1910 or so, Magnus Hirschfeld coined the term transvestite and broke the conflation of gender and sexuality identities. 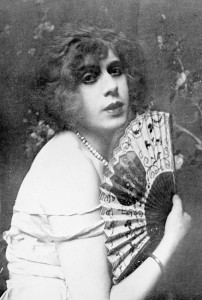 Lili Elbe transitioned in the 1920’s to female. Look up her biography “Man Into Woman” by Niels Hoyer, a pen name.

The first known gender reassignment surgery that we know of took place at Hirschfeld’s sexology clinic.  According to the book Trans Bodies, Trans Selves, MTF individual Dorchen Richter underwent castration in 1922 and had a penectomy and vaginoplasty in 1931.  More well known is Lili Elbe (see the movie The Danish Girl on IMDB) who additionally had ovaries implanted as synthetic hormones were not available in that day.  Sadly, she died from an attempt during an operation to create a uterus so she could have a baby.  Many transgender women long to have children just as Lili did.  Sarah Luiz is one such woman today who hopes to be the first trans woman to have a baby.

Disgustingly, Adolf Hitler persecuted gay and transgender individuals and considered Magnus Hirschfeld to be “the most dangerous Jew in Germany.”  The Nazis destroyed Hirschfeld’s sexology clinic in the early 1930’s.  Hirschfeld had to escape to France, but died just two years later.  A tremendous debt of gratitude is owed to Hirschfeld and his clinic.  It was there that male and female hormones were discovered to occur naturally in “both” sexes. 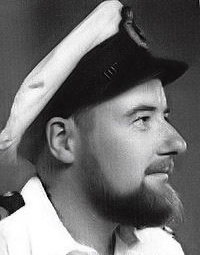 Michael Dillon, a medical doctor, and Buddhist monk, was the first transgender man that we know of. He died young at age 47 in 1962.

The first trans man appears to be Michael Dillon, who was a medical doctor in Britain.  He took testosterone pills and found a surgeon to perform top surgery, a double mastectomy at the time.  A nice article on him is in the Bristol Post.  You can read a first hand account of his life and quest to complete the first phalloplasty in his book Self: A Study in Ethics and Endocrinology.  Dillon was well known for his philosophy that where the mind could not fit the body, the body should be fit to the mind.

Harry Benjamin is a celebrated in US transgender history. A centenarian and endocrinologist, he coined the term transsexual and advocated for transgender normalcy. (1885-1986)

Concurring with Dillon’s beliefs overseas, domestic endocrinologist Harry Benjamin felt that such individuals could not be “cured” and he began prescribing HRT  to individuals in the United States.  He believed in a distinction between one’s physical sex and psychological sex.  Through his collaboration with Alfred Kinsey, Benjamin came to understand the difference between transvestites and what he called transsexuals.  The term transexual, with one s, was used previously and originally by David Cauldwell, a medical doctor that pathologized transexuals as mentally ill – the transgender tragedy in full force.  We celebrate Harry Benjamin today for his positive support of the trans community, and he was the namesake for HBIGDA, the Harry Benjamin International Gender Dysphoria Association, today known as WPATH.