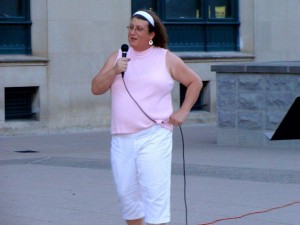 I had a distinct honor of saying a few words at the Pride rally downtown Dallas outside the City Courthouse.  I spoke on two issues of importance, but also on something beautiful that happened.  It is not often that we as transgender people are honored by the LGB community, but two of our local leaders were proactive at making sure the T community was a part of the march.  Brenda Stowe and Nell Danvers were among those that led the March for Equality.  I spoke out that I was marching for our LGHT youth and also led an impromptu chant “Hey, hey, ho, ho, transphobia has got to go!”

The Dallas Voice story can be found here.