From Courtroom to Online Courting 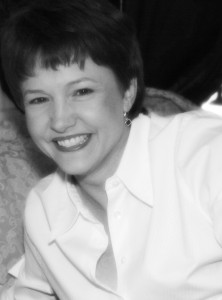 Teresa Cain was born in Mississippi and grew up in Dallas, but she was raised on paperback books. She’s now a Texas attorney with a heart for romance and a mind for criminal law, but she’s taking her first stab at novel writing with a romantic novel called truelesbianlove.com.

When Cain was younger, she read so many mystery novels and courtroom dramas that she decided to go to law school. Cain, 44, received her Juris Doctorate from the University of New Mexico and became a criminal defense attorney at Mills and Williams, one of Texas’ best law firms.

But Cain has another heart – one for romance. Inspired by authors such as Nora Roberts, Radclyffe and Jennifer Fulton. Her first novel is about two women who are dared into finding true love on the Internet. It’s not too different than how Cain met her own partner, Lainey, on Match.com, a leading dating resource for singles that is friendly towards the LGBT community.

After a month of online chat and email, Cain met Lainey over a cup of coffee and it was “love at first sight.” Five years ago, they married in Canada so nobody could take their marriage away. Cain shares her grief in tears as we discuss the recent ban of gay marriage in California. She says it was “horrible and devastating” news, much more devastating than people realize.
Cain and her wife now share a home near White Rock Lake in Dallas. They converted their garage into a studio, part of which is a writer’s loft where Cain can quietly escape and gather her thoughts. Many of them are scribbled down on note paper she has collected in her purse. She has a shopping list handy and we look at the plot laid out on the back of wrinkly paper. Cain jokes in hope that she doesn’t write “pay electric bill ” into one of her paragraphs.

Writing is part mystery for most writers, and Cain says she never knows where the characters are going to take her. While she has some general ideas for plot, she says that just like in the courtroom, there are always surprises. She writes in an “organic” style, feeling like too much structure and detailed planning get in the way of her creative energies. As such, she keeps a digital recorder with her at all times, especially while in the car, where she gets her best ideas at random.

Sometimes Cain wakes up in the middle of the night with her muse calling her. She grabs a pen and pad on the nightstand and scribbles down her command. In the morning, she hopes to decipher what she wrote in the dark. Cain knows she can capture the words when the vision is clear. When it clicks, she can see the words forming paragraphs and the paragraphs filling up her pages. She compares her writing to the trials she attends. Not far in front of the judge’s bench, she lays out all the scratch notes on her table, like pieces of a puzzle, building bullet points in her mind, and then seeing an overall approach, she presents her visual map in the closing arguments.

Cain is being published through Bold Stroke Books, an independent LGBT publisher. When Cain attended a Golden Crown Literary conference, she was struck by what a family feel they projected, not to mention that they publish many award winning writers. She dreams to one day open her own bookstore catering to the LGBT community. But, she says, that will probably have to wait until she retires and publishes a “good list of books.”

Next Friday there will be a launch party for Cain’s literary debut, at Sue Ellen’s at 6:00 p.m. She’ll have books available for signing. More information about Cain and her next book is available at www.carsentaite.com.

For more on this story, click the EDGE link.